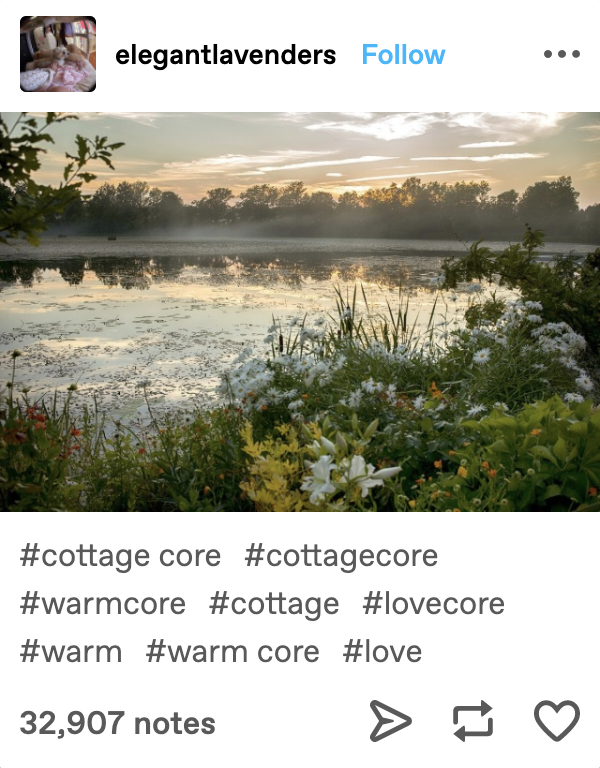 The Tumblr full data stream is the most recent addition to the Socialgist data catalog. Tumblr has evolved since its initial inception in 2007 but has remained one of the pioneering homes for interesting and authentic creative communities. For those looking for more info on its users & great tips on which blogs you should be following check out this interview with Ben Marazzi, business development & strategy lead at Tumblr.

Inspired in part by Ben and my own love of gardens & cozy sweaters I turned up the Taylor Swift, brewed a cup of tea and journeyed into this corner of internet culture. 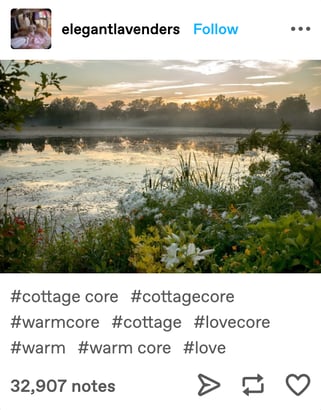 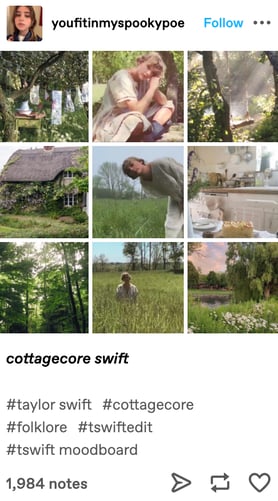 Though I was tempted to simply fill this post with soothing Tumblr images the focus of my deep dive was on how its structure lends itself to analysis highlighting tools for categorization and measuring influence.

Tools for categorization: tags and mentions

Tags and @mentions are both included in the Tumblr data stream and prove to be valuable tools when it comes to categorizing and analyzing this dataset.

Illustrated in the above cottagecore example, this initial search provides immediately relevant content with tag co-occurrence giving additional context. Like the co-occurrence of #cottagecore with #taylor swift and her recent album #folklore.

Our examples, of course, can extend beyond cottagecore.

Looking for the activist community on Tumblr? #blm is a good place to start.

Interested in tapping into the sneaker community? Check out #streetwear and #sneakers. The tag co-occurrence can also aid in filtering to only relevant content. Building on our shoe related searches, we might also want to find posts about specific brands like Vans. In addition to shoe content, we also find pics of a different kind of van life. The other tags like #minivan provide that additional context that can be used to filter out the non-relevant posts.

Tumblr’s reblog feature allows a user to share posts on their own blog including the option to add their own tags, additional content, and @user mentions. Taylor Swift, a force to be reckoned with everywhere, has an energetic fan community on Tumblr beyond #cottagecore references. Here’s an example Taylor post that has been reblogged: 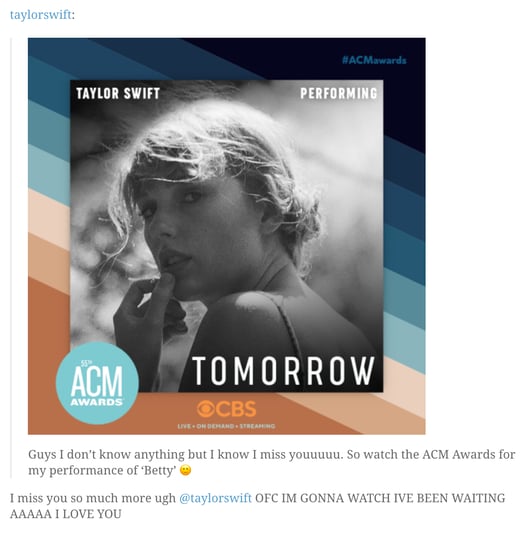 In reblogging this fan has included an @mention of taylorswift as well as added their reaction to Taylor’s performance announcement.

We have already touched on one example of measuring engagement levels with specific Tumblr posts - the reblog count. Here’s a popular post about Taylor Swift which has been re-blogged 1,449 times so far. 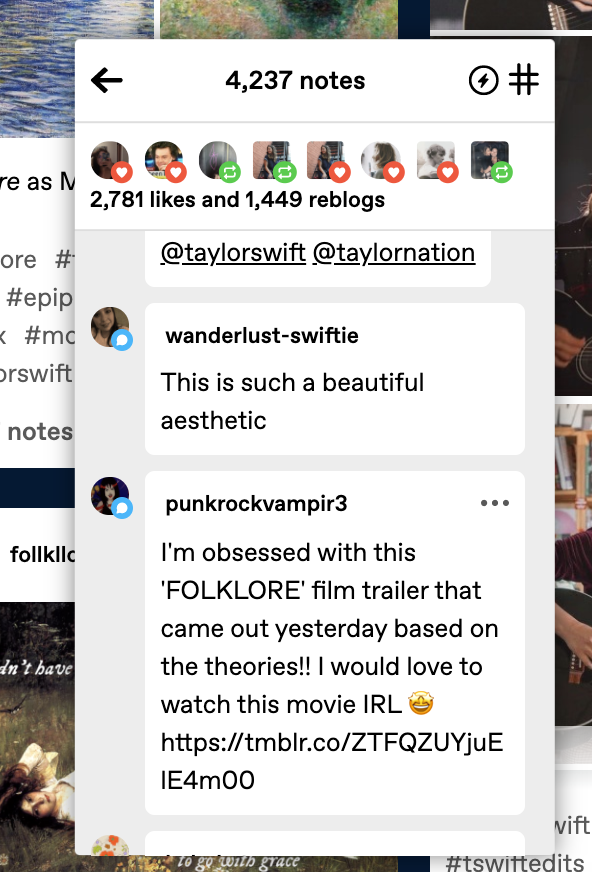 In addition to reblogging content, a user can like a post and even add their own reply. In the above example, a fan replied with a link to additional fan art - in this case a fan created film trailer.

These engagement metrics are combined into the total notes count seen in the UI.

I hope this info has piqued your interest in Tumblr data. As with most platforms the first step is identifying where the community you and your customers are looking can be found on Tumblr. Please reach out if you’d like help in that exploration! 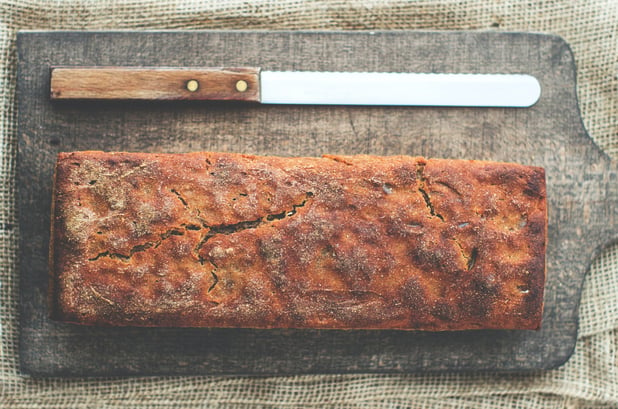